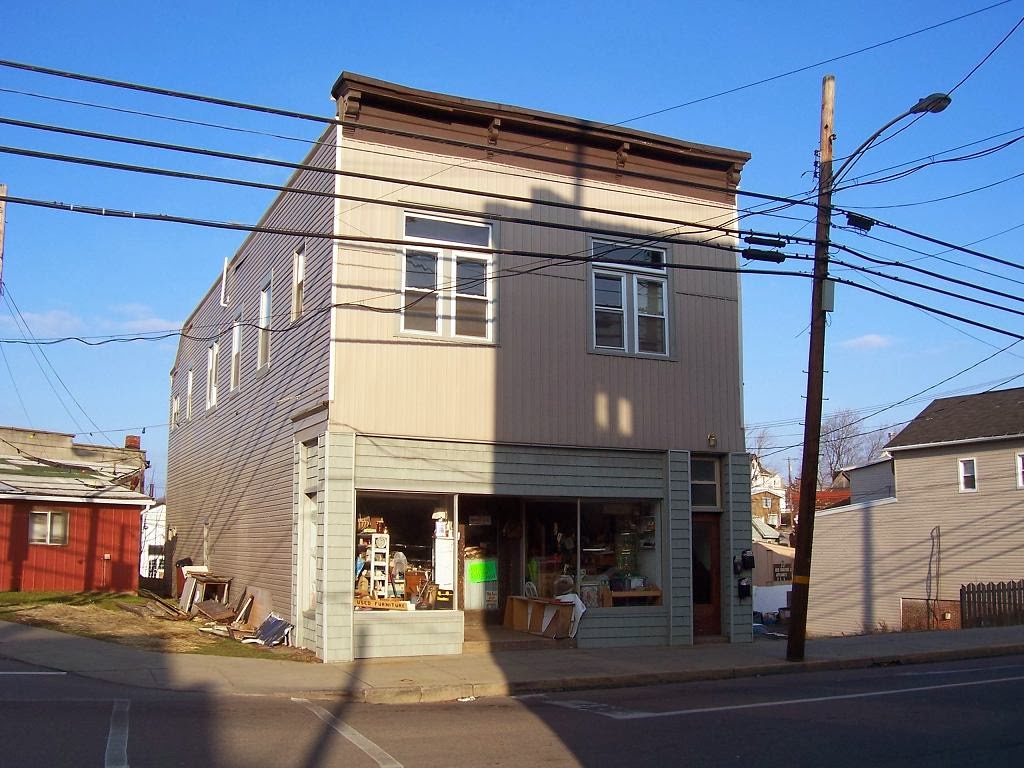 Absolutely right. Prior (long time) tenant was Birkbigler's Furniture. Isn't that the pizza shop on the left, which would be actually on the old Viaduct? Thanks!

We believe the last occupant's name was actually Richard "Dick" Fry as this building housed Dick's New & Used Furniture. The little red building beside it was at one time the Viaduct Pizza shop. Both buildings and the Viaduct Market were all demolished for the new bridge. Dick Fry died January 3, 2011. Don't know if that was before or after the new bridge.