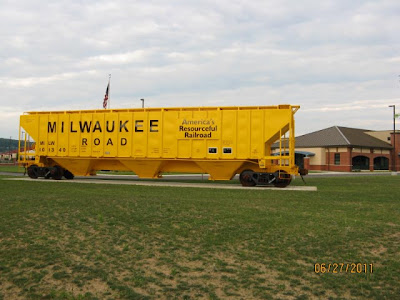 A Pullman Standard railcar that has returned home to become a historical marker. It sits in front of the new transit authority bus station in the center of the Pullman business park. It was built at the Pullman Standard's Butler Plant in June 1974 (plant closed in 1982 and was demolished in 2005) and is a covered hopper car that carried grain. It was donated by GATX, transported back from Canada, restored in New Castle and sent back to Butler in Feb 2011. A more fitting memorial that just a plaque to the old plant and its workers.
Photo and text: Robert Osborn
Posted by Charles at 11:45:00 AM 22 comments:

Email ThisBlogThis!Share to TwitterShare to FacebookShare to Pinterest
Labels: Made in Butler, Monuments, Pullman, Railroad 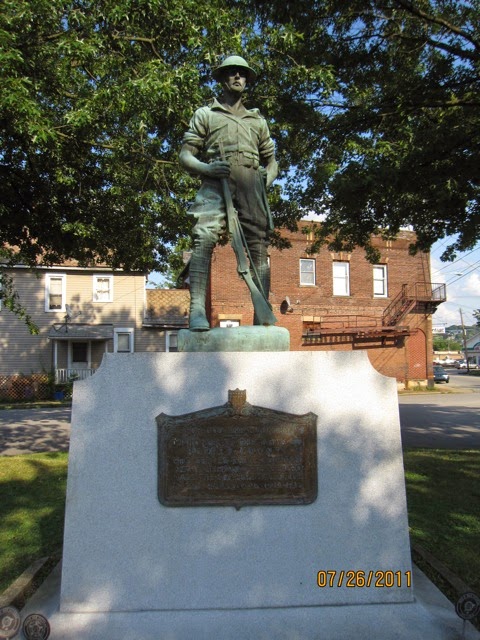 Photo: Barbara Bloom
Posted by Charles at 3:25:00 AM No comments: 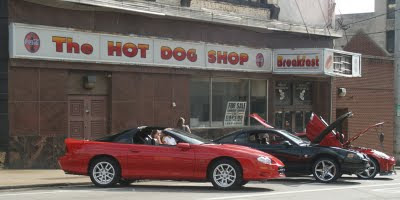 Butler, Pennsylvania ~ Home of the Jeep 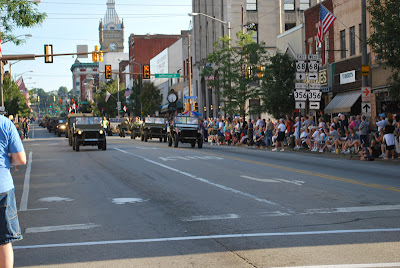 Celebrating the Bantam Jeep Heritage Festival held in Butler this weekend.
Jeep parade with 1,200 vehicles. It will start at Butler County Community College and head on Route 8 to Butler’s downtown.
Photo: Bob Emigh
Posted by Charles at 4:38:00 AM 5 comments: 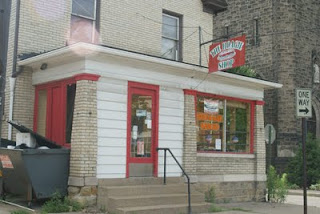 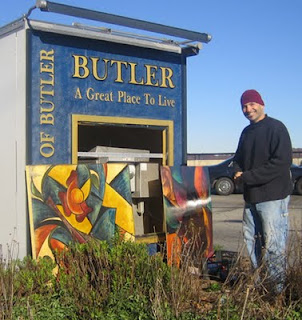 Tom at work on a Saturday morning near the viaduct.
Posted by Charles at 9:36:00 AM 6 comments: 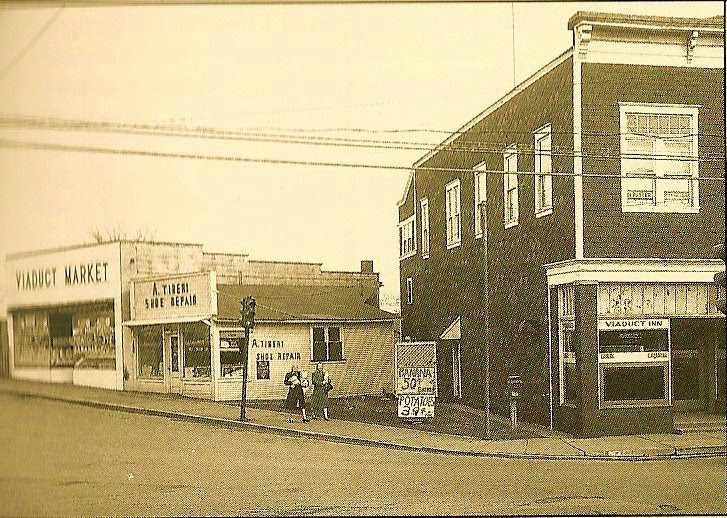 Everybody shopped here.
Thanks: Don Eury
Posted by Charles at 11:34:00 AM 1 comment: