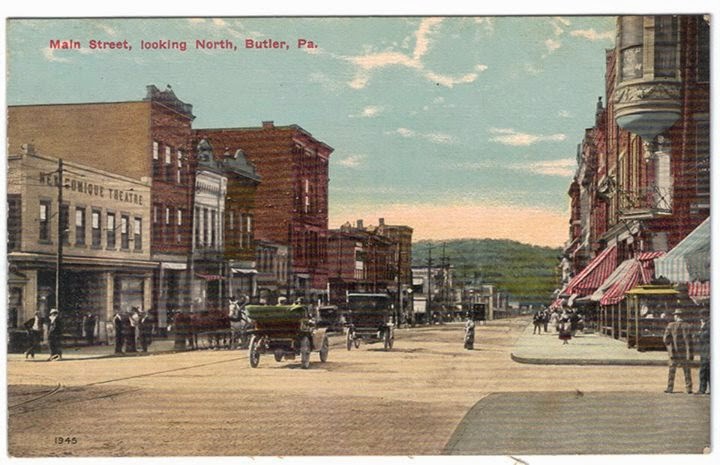 The theater is the first building on the left side.
Thanks: Robert Emigh
Posted by Charles at 5:00:00 PM

This building stood until a few ago after the Redevelopment authorities plan to restore the building were abandoned.

If this is looking North on Main street, then this theater later became the Capitol Theater and, along with the Majestic, was a "second-run" theater, while the Butler and Penn were "first-run" theaters. During the early 1950's the Capitol and Majestic got into a price war, I could go to one of these, and for just 10 cents, watch 5 cartoons, a serial, and two westerns!