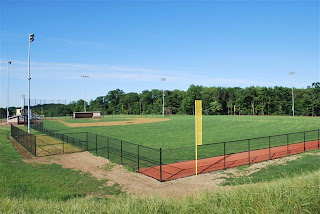 Why not use the new Pullman Park

It costs money. This is free.

I hope your "free" is tongue in cheek.
The working tax payers get smacked again.

Long-term this is a more viable solution -- a property investment rather than giving away money to a private company to rent Pullman. BHS used to play at Pullman for free, but the amount of money Pullman wanted was ridiculous from everything I've heard.

Went by this field the other day, and they did it right. Looks fantastic, unlike the waste of government money at privately owned Pullman.

Does anyone know how much it cost?

The cost of the high school field should be public record. Pullman on the other hand depends on who you ask

I think ALL High School sports should be pay as you play just like the Butler High Hockey Team. Those kids get a big zero from tax payers while tons of money is dumped on other sports.

That is a nice baseball field


Aside from that lack of interest, hockey vs. any other sport is not even comparable. Unless you have the ridiculous amount of money it takes to build and maintain an ice arena - which is physically impossible for any high school - then you have to rent time. The equipment costs also are through the roof, which is why when Butler DID have hockey that the teams mostly were populated with rich kids who couldn't cut it in other sports - because they could pay for it.

As for pay-to-play, it is within the Pennsylvania state high school curriculum requirements that interscholastic athletics be provided by the schools.

Then let's change the requirements. I'm tired of paying for every "little Johnny" to play. Pay for your own child to play his or her sport. Mine was the hockey that you seem to think is so unimportant. Maybe there would have been more interest in hockey if the tax payers were picking up the tab like other sports. How about the million dollar turf at the football stadium, we really needed that one didn't we? I guess this fits your ridiculous sum of money category. The football team can't even buy a victory, and the Butler JV and Freshman hockey teams both had winning seasons this year. Better get the facts straight.
Go cry on someone else's shoulder.

Both are fine facilities. But they shoulda named the one Pullman's Pork Park. Another classic illustration of a few powerful Butlerites wallowing in the days when "Whitey Ford pitched here you know."

The good news for the HS: Maybe they can get Matt Clement to do double-duty and teach a few more local lads to fir'em like he did.

Now his arrival is truly good news as his contributions will go well beyond hoops and fastballs.

instead of supplying the baseball team with a new field (they have Highfield as an option as well)..how about contributing a little to the girls softball teams? they have to beg to get any type of attention. and they made it to the playoffs this year! it's time the district realizes that there's a lot more to Butler sports than only football and baseball...

This has nothing to do with sports-vs.-sports arguments, it's a rent-vs.-own situation. Besides, didn't softball get its own field on the high school grounds BEFORE baseball? Yeah, yeah it did. And baseball is the school's oldest sport, while softball was only started in 1993.

Field to be lighted for the opening New Castle BHS football game on sept 4th.

When you burn tax dollars, you can waste as much electricity as you want.

Fast pitch softball in Butler was the greatest league ever, Who remembers the great pitchers like Shorty Galida & Joe Embroski? How many can you name?