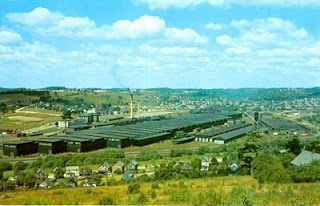 As seen from Route 8 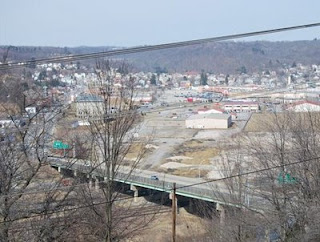 A picture is worth a million words.

a nickel is worth 5 cents

robert emigh is Butler's best jeweler and a great guy, I know.

a nickle worth 5 cents?
not in our lifetime!

The union really showed them !

Somebody really screwed up. They should have put the Pullman ballpark there. That would have been a great place for a ballpark.

Unfortunatley Pullman Park is in the city and Pullman Standard was in the township. This would have been a great place for a park. Endless parking.

I think Vic Backowski worked there for 20 years?

That top picture is great, I can see Shemp's house in the foreground.Does anyone remember Bob Sheptack?

what about bob sheptak?

I work with a Bob Sheptak at the Post Office. He is a rurual carrier. Is this the same one?

i work with a bob sheptak at the post office too. he's only two cases away from me.

well.... okay.....I guess that means we won't have Sheptak to kick around anymore?

yeah...and there is still people who refuse to get a job since pullman closed!!! because they could not make the same money

who needs Pullman when there is Wallmart,Target,Home Depot to work at?

We were prosperous then. Pullman and Armco helped many families to reach very high standards of living.

I did my safety internship there when it was Trinity Industries back in 1993. Most people can't believe that I interned in a place that built railcars because they can't ever imagine what it took to build them, but it was commonplace for Bulterites to be familiar with rail cars and rail car building.

Can't build too much more on that old site. They buried so much paint in pits when they closed that place down, you can feel the earth moving under your feet in places there. If they ever start digging around the old Trinity Industries site, they're in for a big surprise. I wonder what 10,000 gallons of paint in a hole looks like after 25 years?

My father worked at Pullman Standard as his father and several brothers worked there, I'm sure a lot of bad things closed this down but I'm sure when the Mill was booming,everyone knew somone who worked at the Mill, my father died at Pullman Standard on March ,1975,his name is Clyde E. Albert Sr., I was 18 when he died and never interested in what dad was doing at work? Now as an adult I wish I would of asked more questions,did you work with my father or do you know him? Just wondering! daddy's girl Joyce Anne. He died on March 1,1975

Hi Joyce...I am your brother jons sister in law, Kathy...(Marlene's little sister)..I remember your dad well, as well as your mother..
anyway..my dad (Mike R.) worked with your dad and can remember the day he passed away...everybody that worked at pullman new everybody..Pullman standard men worked hard for their pay and bad working conditions and lived through many layoffs...I am proud of being a pullman standard kid. Also my mother worked at the Bantam factory behind pullman when she was a teenager..