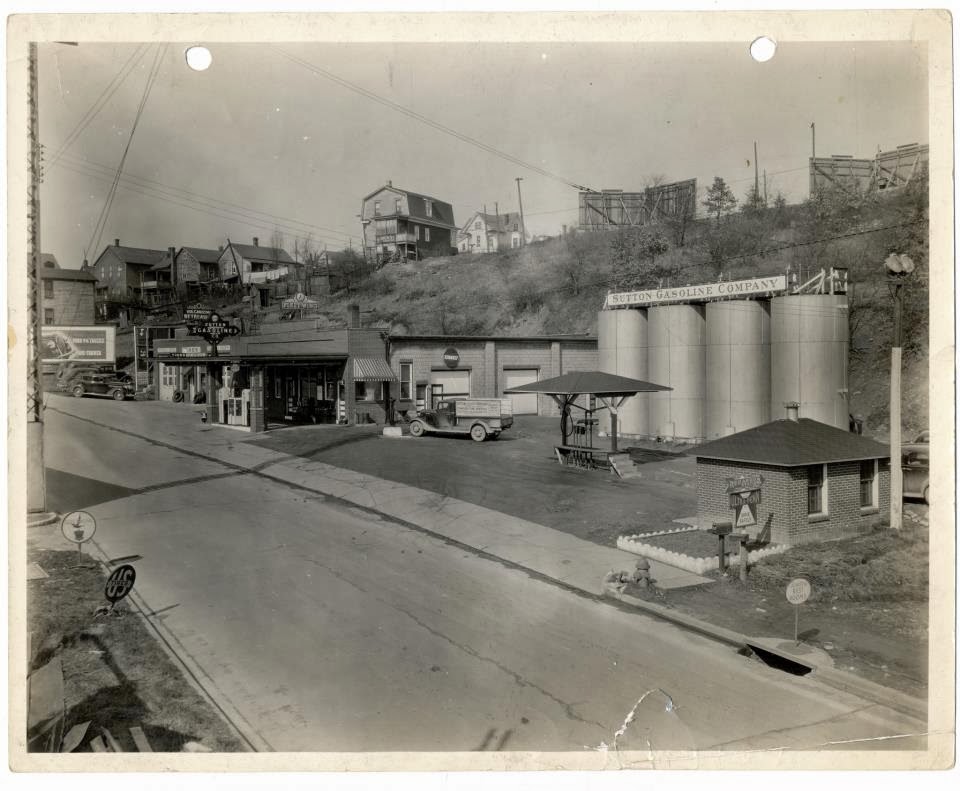 Does anyone know about what year this picture is from?

The date? Click on the photo to enlarge. Then judge from the vehicles. I would say around 1945.

I agree,probably early 40's. I tried researching the Hudson Gasoline Company,there are several and one with Pa roots,one a sham.

Born Oct. 28, 1918, in Chicora, PA, a son of the late Guy Walter, Sr.
and Margaret (Walker) Sutton, he was a retired co-owner of Sutton's
Service Station and Car Wash and the Sutton Gasoline Company. He was
a U.S. Army Air Corps veteran of World War II and was a member of the
Rochester First United Methodist Church.

He was preceded in death by a granddaughter, Stacey Gates.

Friends will be received today from 2 to 6 p.m. in the Huntsman
Rochester Funeral Home, www.huntsmanfuneralhones.com, 502 Adams St. A
memorial service will be conducted Tuesday at 11 a.m. in the First
United Methodist Church of Rochester at the corner of Vermont Avenue
and Jefferson Street, by the Rev. Dr. Frank Garlathy.

Memorial donations may be made to the First Untied Methodist Church,
339 Jefferson St., Rochester, PA, 15074, or to a library of your
choice.

This picture was posted in january of this year. I wondered then and now was this taken from the railroad bridge or was there no bridge? Jim Bellis

Thanks for the photo, Pat.