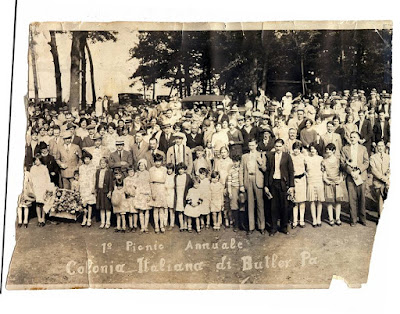 First generation Italians loved this Capuchin monastery. Crowds of them would make pilgrimages to Herman and spend the day there honoring St. Francis, the patron saint of the land they had left behind.

Email ThisBlogThis!Share to TwitterShare to FacebookShare to Pinterest
Labels: Herman Pa., South Side

When I was a boy I used to go out there on retreats hoping to learn about how the monks lived.

this is really neat, thank you Charles !!

I lived in Herman; we frequently dropped off bushels of fruit and vegetables to the brothers. The pastor of St. Mary's Herman was always a Capuchin. Oddly, Herman itself had very few Italians. Mostly settled by Germans, Scotch, Polish, and Irish.
Now that the Capuchins have sold the seminary, I wonder if they'll also move the graves of the brothers who were buried there.