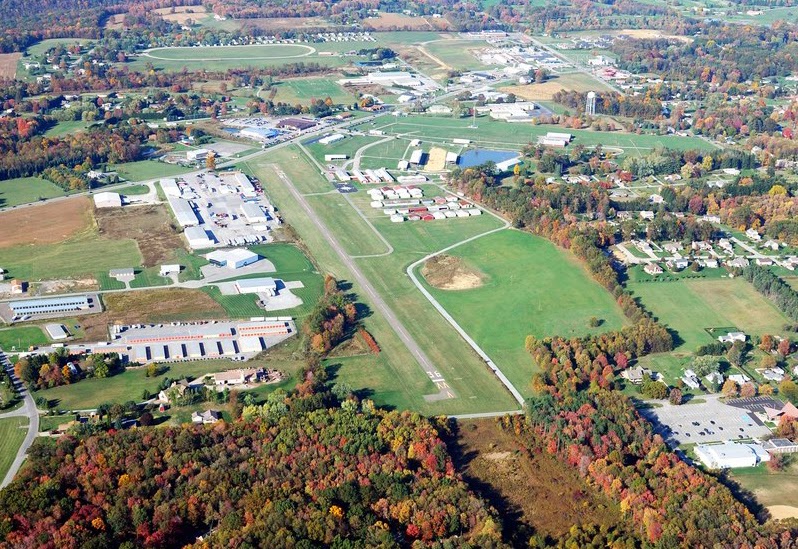 On the Evans City Road.
Thanks: Rick Fredley
Posted by Charles at 11:19:00 AM

I can remember many years ago flying on my great-grandfather's plane onto that landing strip. There was some bushes on each side. I loved just sitting in the cockpit and enjoying the view.

Attended several Experimental Aircraft Assn. (EAA) fly-in's in the late 60's, early 70's. That is when Popular Mechanics magazine had a homebuilt in every other issue. Saw several fly there. Aluminum structures, VW engines. Then the era of Burt Rutan's foam and fiberglass Vari-Eze and variants came on the scene. Don Rigg's of Pittsburgh TV fame flew a nice Cub every year. Fun times !!

I had my first airplane ride @1967 in a piper cub at this airport during the Farm Show.