A True Butlerite of 78 Years ~ 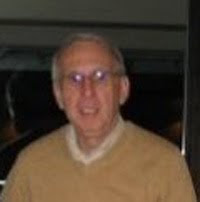 Recollections of a Childhood in Butler

Everyone should write his or her life story. Gene set a good example by writing about the people who influenced his life as well as
the places and events of the times.
Good job.

Love Gene's memories with one exception. I have a lot of pictures to prove that Alameda Park was better maintained when the Nazerenes had it back in late 50's early 60's than it is now under Government control. The grass was always neatly trimmed and those little cottages were only used one week per year during camp meeting. Each was owned by an individual family.

O Lord. . . this refreshes all my memories of bygone days. Thanks Gene.

Loved reading about days of yore in Butler. Having grown up in Butler, and only in my 40's, this was a great step back in time. I'm fond of the simpler times of our world. How did we go off track?

How amazing that Butler got rid of ALL these great things and now this town is boring. Way to go Butler!

This really set me back in the good old days when I was a boy in Butler. Thanks Gene!!

One fond memory I have of Butler in the 1950's was walking from the West End up New Castle Hill to the
original Butler Fairgrounds (where
the high school sits today) to the
stock car races in the summer time.
We'd stop for a pop at Doria's Market on Mercer Street on the way home.

You can get movies of Butler in the 1940's on DVD from the Lions Club.

Companies to make money would come into a town a film scenes of the town usually with lots of people. They would return some months latter and then show the movie and charge admission. Before the days of home video cameras, this would have been a unique thrill for people to see themselves in the movies. They were not filming a documentary on the history of Butler. They had simply found a way to make a buck.

Hello Gene, What is your e-mail address? Some day I'd like to write to you and thank.