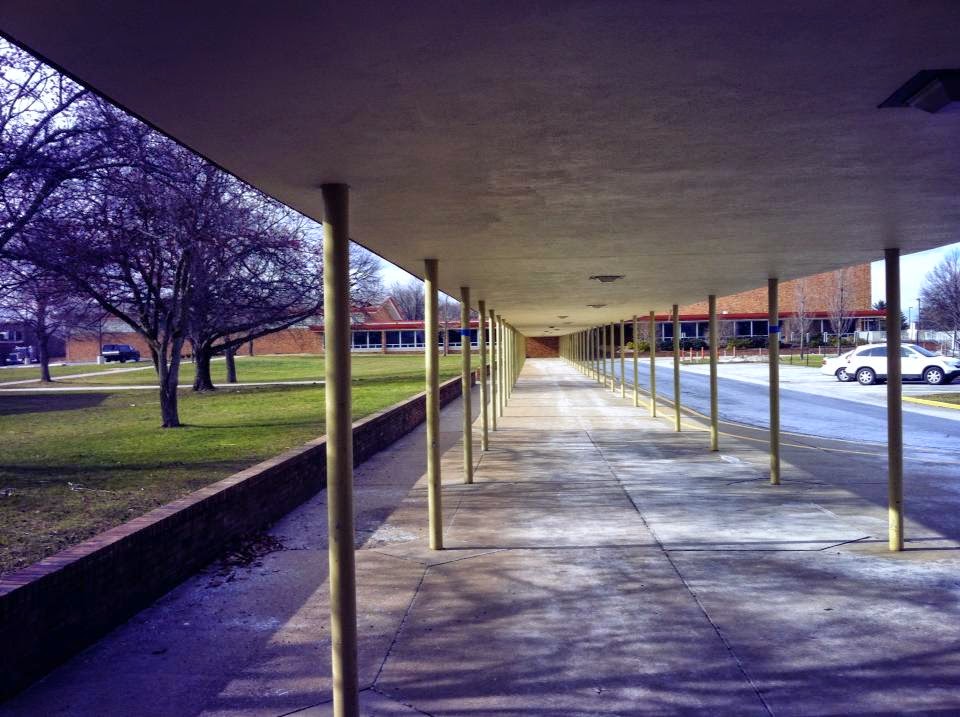 Email ThisBlogThis!Share to TwitterShare to FacebookShare to Pinterest
Labels: BHS

Spent many days there waiting for the bus to pick me up to go home from the butler senior high school. Lots of good times waiting with friends. Ah, to be young again!

I remember one day in 1973 or 1974, sitting the caf during study hall, when a guy on a motorcycle rode up that walkway, into the doors to the caf, through the lobby with the banana tree, and out the east side doors. Some folk in on the deal held the doors open for him. I don't know who that was. Someone out there may know.

So glad those high school days are over. Will never understand why some people can't go forward in life. Why would you want to keep reliving your days on Student Council? or Marching Band? Time to move on.

Who are you referring to?

Not referring to any one person, or to any one group - just saying it is always better to live in the present. Those who are with you NOW are the ones who need your full attention. In the not so distant future, today will become the good old days. :))

I remember when I was 6. It was awesome.

Always a welcome sight on rainy or snowy days when one had PE or swimming.

I did it in 1971 on a 1967 305 honda superhawk. My name is Jim Bellis, Tommy Baumgart held one door and a guy we called Scott held the other, I think that was his last name. I had Mr. Cingolani in 5th grade at St. Paul if he remembers me he probly finds it believable. In the picture he posted a few years back I was in the front row. I was always in the front row.

Every class had it's character and you were that character in that 5th grade class, Jim Bellis. I would know, I was there in the front row as well and yeah, old men that we are now, I think I'll just keep you guessing....

It's not nice to torment old people,they call that elder abuse.

I used to cruise up and down that walkway as a Senior. The girls always smiled at me and told me I had the coolest bell-bottom pants in school. I was so cool. I was also 21, though.

Did you see the video on YouTube of the kid doing it on a dirtbike through the halls of Knoch high school? I think it was 2016.